About the Author, Fred W. Sarkis

Fred is an 91-year-old energized, tennis-playing, WWII vet dedicated to helping kids be all they can be. He shares the same lessons that transformed his life when he was a poor child with a bad attitude who was bullied because his skin was darker than his peers.

Fred became a millionaire because of the lessons of personal responsibility that he learned from his father. Once he embraced three simple messages, Fred began to excel in school, obtaining a business school education at age 16. At age 17, Fred bought his mother a house. He went into the Navy at age 18. Being the oldest boy of 10 children, at age 24, Fred became the head of the family when his Pa passed away at the age of 54. He earned his first million at age 34. He built a major ski area and lake village, lost it all, and recovered.

Retiring at the age of 65, Fred became an author and motivational speaker to give back. Over the past 26 years, with the help of character education teachers, Fred created the not-for-profit Yes Pa Character Education Program based on his autobiography, Prisoner of the Truck.

Fred & Yes Pa in the News

Prisoner of the Truck Book 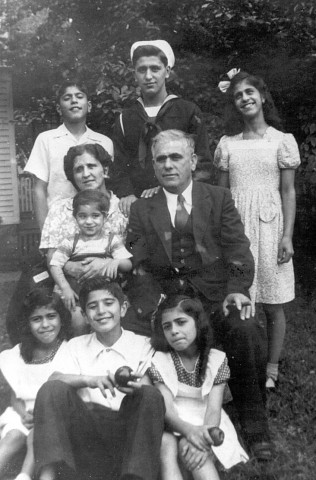 "A hundred years from now it will not matter what my bank account was, the sort of house I lived in, or the kind of car I drove... but the world may be different because I was important in the Life of a Child. — Author Unknown

The Yes Pa Foundation is a 501(c) 3, tax-exempt, charitable organization that provides FREE character education tools as a gift from Fred W. Sarkis.